My life story reads sort of like a fairy tale.

But before that turns you off, or makes you think that I’m living in a dream world, please remember that fairy tales are far more than idyllic, children’s fantasies that have no bearing on reality. Fairy tales are dangerous tales—they’re tales of the adventure, risk, and heartache that inevitably accompany the pursuit of a dream.

I was born in 1972 to the most amazing parents a child could ever hope for. I have an older brother named Jon Jackson, a younger brother Cheyenne Jackson, and a beautiful, little sister named Amber Jackson Ellersick. I grew up in a small, rural community along the banks of the Pend Oreille River in Washington State where my childhood days were consumed with reenacting the Lord of the Rings and the Knights of the Round Table.

I attended a private, Christian school, and from my earliest memories could sense God’s touch of destiny on my life. After high school and two years of college (where I was pursuing a dream of becoming a high school English teacher, a track and field coach, and a novelist), I responded to a sense of God’s calling on my life and began pursuing theological training through the Master’s Commission, Christian Life School of Theology, Master’s Graduate School of Divinity, Liberty Theological Seminary, and Azusa Pacific University.

I met Jessica in 1992, was swept off my feet, and eventually married her in 1995. We moved from Spokane, WA to Colorado Springs, CO in 2000 and spent seven years working on staff at Freedom Church with a wonderful group of amazing, devoted people. In 2007 we joined Grace Church, a phenomenal congregation in La Verne, California, one of the most gorgeous communities in the world.

We have fallen deeply in love with our current church family, and we are attempting to live lives with them that rival what is written in Acts 13:36 where it says that David fulfilled “God’s purpose for him in his generation.” We want that to be our epitaph as well.

We are happy, healthy, and grateful to be allowed to serve God and the wonderful people in the 210-corridor of Southern California.

But we’ve also been broken. Deeply. We’ve experienced more pain than we knew the human soul could bear. In 1996 our first daughter, Alexis Grace, was born with severe medical problems that caused her to endure more suffering in her 3 ½ years of life than most people suffer in a lifetime, and when we lost her, we hurt on levels that we didn’t know we could hurt.

However, we have also been blessed beyond what we ever deserved. Our other two daughters, Amber Hope, and Madelyn Joy (20, and 16 years old) are the greatest people we have ever known, and we love every minute of life with them. We are the luckiest people in the world to be their parents.

We’ve been hurt both inside and outside the church. We’ve been disappointed, distraught, and disillusioned. But we’ve also experienced the healing, purpose, and joy that can only come from the presence and purpose of God.

I’m grateful that you’ve taken time to peruse this blog. My hope is that some of the videos and essays in it will pump fresh life, hope, and encouragement into you as you, too, pursue the purpose of God for you in your generation.

Know you are loved! 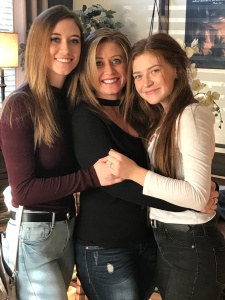 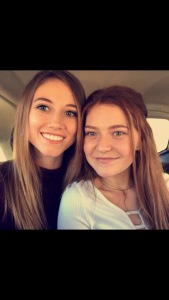