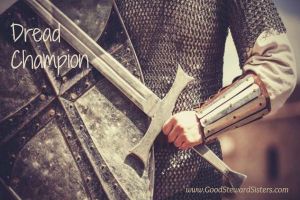 Ever since I was quite young, hot tubs have been one of my sanctuaries. It’s kind of weird I know, but true nonetheless. Recently, while thinking in the hot tub, I uttered a simple prayer to the Lord, “I need you more than ever before” and then I was immediately struck by the humor in that prayer.

I have ALWAYS needed God more than ever before.

As a drifting, disillusioned college student, I needed God more than ever before.

As a newlywed husband I realized that I would need Him more than ever before if I was going to be a worthy husband for Jessica.

When my three daughters were born, I was keenly aware that I needed His help more than ever before.

In other seasons of success, failure, victory, and trauma I uttered those same words. And then the other night, I prayed them again. I guess I’m always going to need God more than ever before.

I think that’s a good thing. King David felt that way. So did the prophet Jeremiah. I can relate to some parts of their stories. I have had moments of such exhilaration in the Lord’s presence that I was certain that heaven had come to earth, and I have had other moments where I didn’t know if I could go on living. The one constant throughout the highs, lows, and everything in between has been Him. Jesus has been, is, and ever will be faithful.

If you are on a mountaintop in this season of your life, enjoy it. If you are crawling through a valley, keep crawling. There are new beginnings and better days ahead of you, and you are not alone–Jeremiah’s dread champion walks beside you.

4 thoughts on “I will always need you more than ever before!”