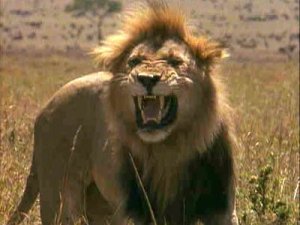 Do you preachers and ministry leaders remember the obscure, 2 Kings 17 story about the priest who was recruited to preach among lions?

The story goes like this. The Israelites had been defeated in war and subsequently deported to Assyria; however, when the Assyrians moved into Israel to replace them, they were attacked and mauled by marauding lions. Their post-mauling conclusion was that they were being victimized since they “did not know the custom of the god of the land” (verse 26).

To counter this, they recalled a deported priest who could teach them the customs of the God of Israel in the middle of their lion-infested cities.

Every preacher and ministry leader must do his or her preaching and teaching among lions.

The thing to remember about lions though is that they’re the perfect backdrops for God’s power.

Hebrews 11:33-34 gloriously reminds us that through faith there were those who “shut the mouths of lions, quenched the fury of the flames, and escaped the edge of the sword; whose weakness was turned to strength and who became powerful in battle.”

Let’s not lose heart. Let’s keep a vision of God’s power in front of us. It’s really quite an honor to preach and teach among lions.

One thought on “Preaching among lions (for pastors and ministry leaders)”

Quick church update.
I am gratefully and lovingly remembering my dad and all of our servicemen and women who have valiantly served our country in all of our conflicts and wars. “Thank you” sounds trite and insignificant, but thank you.
Madelyn’s baccalaureate benediction...so beautiful, such truth. A perfect prayer for each of us in these times and for all times. I love you all.
Since the start of her freshman year, Madelyn and I have had weekly maple bar/chocolate milk dates at Upland Donuts (Amber and I did them during her high school years too). One of our central questions during those early morning dates was, “What’s in the vault?” We had hundreds of great conversations, opening the vault of our hearts while running late for school due to long donut lines. High school ended last night and today was the end of that era. We are excited for the next one.
The Girlfriends...I cannot believe that Madelyn is finishing high school in two days, and Amber is 21. Beautiful girls inside and out. ❤️
Happy Mother’s Day to the greatest women in my life! I have been unbelievably fortunate to be surrounded by amazing mothers. My mom, Sherri, raised me in a home where I knew nothing but love. Margo has been the greatest mother-in-law I could ever have imagined. And I live in awe of how Jessica mothers our girls with pure grace, class, and beauty. Thank you, mom! ❤️Thank you, Margo! ❤️And thank you, Jessie. ❤️
Celebrating 25 years with Jessica today. As always, breathtaking.
The eyes have it. Beautiful Madelyn.
Madelyn’s Prom 2020. Not what we expected, but still a memory of a lifetime. And I had three dates!